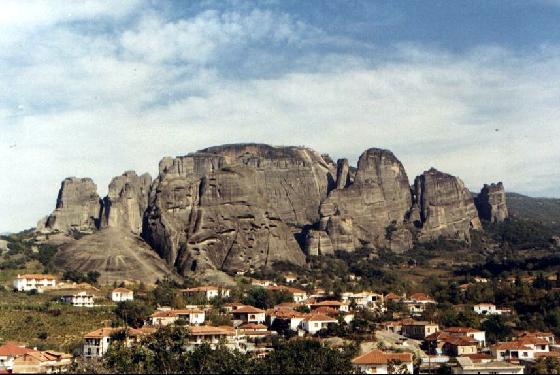 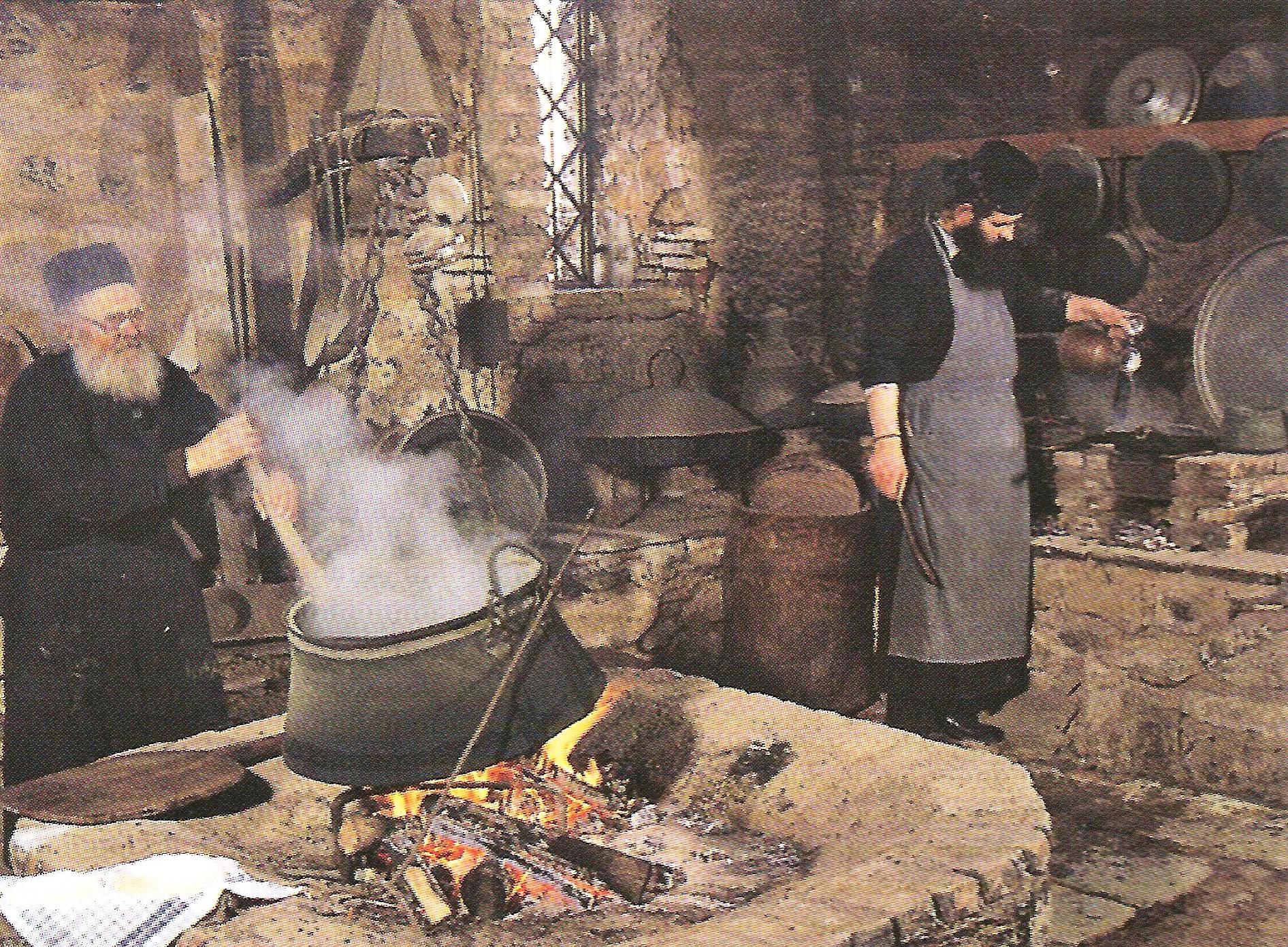 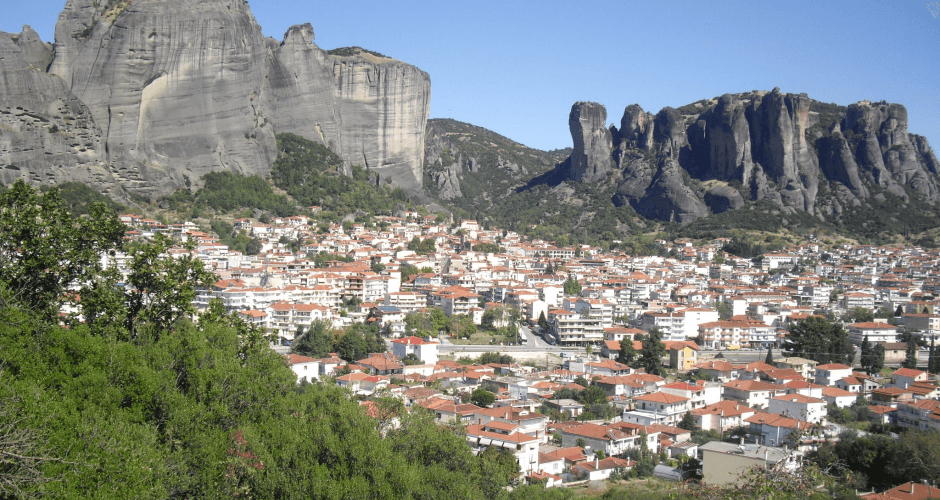 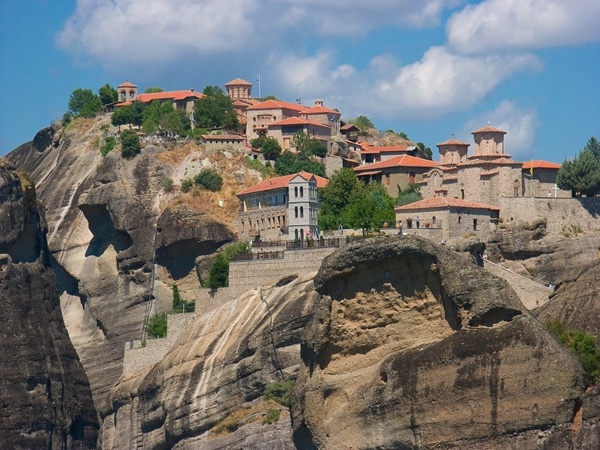 We cross to the mainland with the local ferries and head towards Meteora, for a guided historical and mythical tour of some of the most spectacular holly monasteries of the Orthodox faith, built on top of pure lime stone pillars. On the way to Meteora we visit Kalampaka for lunch and coffee at one of the many taverns serving traditional meat-based dishes.

In a region of almost inaccessible sandstone peaks, monks settled on these ‘columns of the sky’ from the 11th century onwards. Twenty-four of these monasteries were built, despite incredible difficulties, at the time of the great revival of the eremetic ideal in the 15th century. Their 16th-century frescoes mark a key stage in the development of post-Byzantine painting.

Meteora in Greek means: Suspended in the Air, and is the perfect word to describe the miraculous geological formation of the numerous sand stone rock pillars that constitute this region of mainland Greece.
The Meteora provide an outstanding example of the types of monastic construction that illustrates a significant stage in history, that of the 14th and 15th centuries when the eremitic ideals of early Christianity were restored to a place of honor by monastic communities,

On the top of these high rocks, the orthodox monasteries stand proud for centuries to protect our faith and signal our strong beliefs. It is said that monks have been inhabiting the mountain tops of these rocks since the 9th century. Over the years, 24 monasteries have been built with the oldest dated back to the 12th century from which, only six remain in full operation: two of them are women-only and the other four are mens only monasteries.

Up until recently, the only way to and from the monasteries was with a series of ladders or through ropes with hauling baskets and nets, carrying both people and supplies.
Our tour will start with a short (1/2 hour) crossing to the mainland Greece and we will then tour (2 1/2 hours ) towards Meteora.

Throughout our visit to this magnificent UNESCO World Heritage Center, we will have the opportunity to visit two of the monasteries and enjoy a guided tour of the rich history and religious tradition of the area.
Just below Meteora is the small town of Kalambaka where we will stop for you to enjoy the magnificent views.

We will then take the ferry back, enjoying the unique views of the Old fortress and the Old town of Corfu than can only be seen when leaving or entering the Island by boat.